Going Dutch...Should You Split The Bill Or Should He Pay? 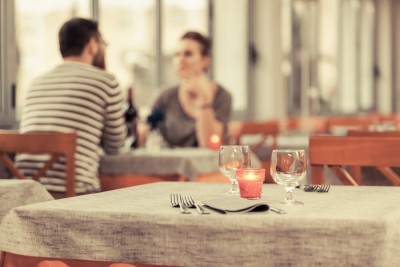 After appearing on Channel 4’s First Dates back in April 2015 Sam Reece has allegedly received death threats from some views after asking his date to split the bill. Apparently this act was considered a form of bad manners punishable by death! But, in an age of equal rights and women actively taking the lead in initiating romantic encounters, is the expectation that a man should pay out dated, or is their still room for old fashioned gentlemanly behaviour in the dating game?

There was, for a time, an understanding that the person who arranged the date would pay the bill, but with the rise of online dating it is harder and harder to define who asked who on the date in the first place. Some may find the other offering to pay the bill insulting or patronising, whilst others would see splitting the bill as expected. So how do you avoid an awkward end of meal moment? You would hope that by the end of a date you would feel comfortable enough with one another that you would be able to judge the situation correctly, but the last thing you want is to leave with a bitter taste of financial embarrassment. There is no right or wrong way to go about this, but surely, in this day and age a woman should expect to at least pay her way. After all, men are more likely to respect a woman who intends to pay, and potentially will feel happy to offer to pay the full bill in a gesture that comes from genuine generosity rather than a begrudged sense of manliness. What do you think?