Things To Say When You’re Just Not That Into Them 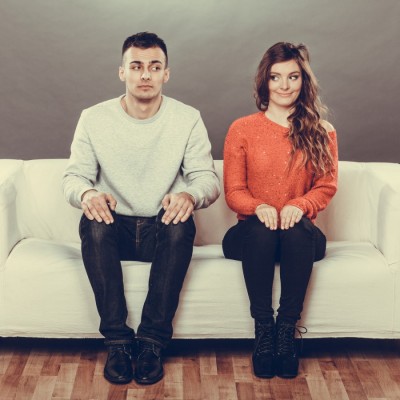 You've had that first date and have had the odd message back and fourth but you just don't feel that chemistry you were hoping for, so what now? Well, the only decent thing to do is to politely end it and not leave them in the lurch. But what should you say? Don't worry, help is to hand and we have some simple sentences that can save you!

“It was lovely to meet you but to be honest, I’m not really feeling that we had any chemistry. I enjoyed spending time with you, but don’t feel a physical connection" - This is polite, calm and pretty much to the point.

“I would honestly be wasting your time. You’re great, and but I think we would be better off going our separate ways" - Again, pretty much to the point but also sympathetic. It's always hard when you think they could be really into you but you know your feelings aren't reciprocated so it's better to be direct with them.

"I just didn’t feel that spark but it was great to hang out with you. I sometimes lie but I wanted to tell the truth. I'm sorry but I just don’t feel a connection"- Letting them know that you are being 100% honest with them should make them feel at ease and accept the situation.

If you feel brave enough you could test the waters and use the 'better off as friends' line but you may not get the response you want! Whatever you say, say it and stick to it, don’t make them feel guilty for something that just won’t happen!